Now on sale as both a paperback and e-book: http://booklocker.com/books/6965.html Also available from Amazon and other online book sellers.

“Documentary 101: A Viewer’s Guide to Non-Fiction Film” is a first-of-its-kind anthology, covering the entire spectrum of non-fiction film from 1895 to the present day. There are 101 full-length reviews of documentaries chosen for their aesthetic prominence and/or historical significance, followed by briefer entries on related titles. There are 325 total reviews and an informational appendix in its 418 pages.

Below are five more snippets from the book, accompanied by film stills only seen here. 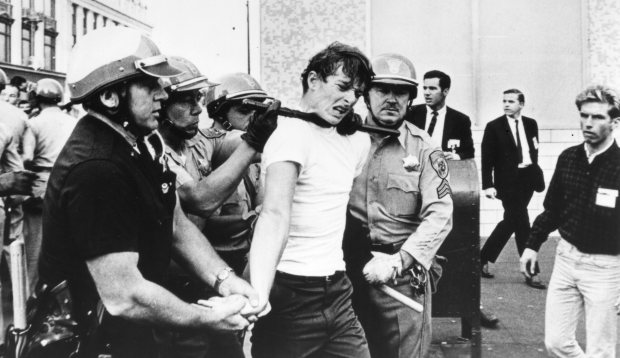 During the Sixties, Berkeley, California became a boiling cauldron of activism and left-wing causes, the ingredients added one after the other (civil rights, free speech, Vietnam, feminism, the ecology) until it threatened to spill out of control. As to how this widespread culture of protest developed, director Mark Kitchell touches on the curious phenomenon that is the “oppression” of upper-middle-class white youth. It starts with parents who came of age in the Depression trying to give their children “everything” as they raised families in the expanding postwar economy. When this edged over into the materialism and conformity of the 1950s, it sowed the seeds of rebellion. Kitchell infers that these kids could only break through the status quo if they considered themselves not to be privileged in the conventional sense, but instead to have been raised in spiritual and intellectual poverty.
(Berkeley in the Sixties, 1990)

Michael Moore financed much of the film’s $160,000 budget himself and centered it on his own fumbling attempts to meet GM chairman Roger Smith and convince him to personally meet a few of the Flint area’s 30,000 newly unemployed… Toward the end of the film the camera is behind Moore’s shoulder as he finally tracks down Roger Smith at the GM Christmas party. The chairman has just given a speech where he somehow saw it fitting to quote Dickens’s famous monologue from “A Christmas Carol” (“I always thought of Christmas as a good time . . .”). Many viewers by this time would likely see Scrooge’s callous comments about the “surplus population” as the more fitting passage. At least Moore gets to speak to Smith amid a milling crowd; he’s just come from Flint “where we filmed a family [of a former GM worker] being evicted from their home on the day before Christmas Eve. Would you be willing to come with us to see?”
(Roger & Me, 1989)

With “The Thin Blue Line”, director Errol Morris would ultimately achieve what most documentaries can only strive for: affecting tangible change on the issue raised by the film. The publicity surrounding the film in 1988 helped to overturn the murder conviction of former death row inmate Randall Adams, who was released from prison the following year. Originally sentenced to be executed in the 1976 killing of a Dallas, Texas, police officer, the dubious case against Adams had already caused a reduction to life in prison when Morris caught wind of the case while researching in the Lone Star State for a possible documentary on a related subject. Morris helps to correct a travesty of justice without ever coming within a mile of a soapbox, building a case against the legal system despite his seeming impartiality. Even more impressive is that he does this while having the stylistic daring to hone a detail-obsessed, overtly cinematic form of nonfiction filmmaking that would greatly influence the genre through the 1990s and beyond.
(The Thin Blue Line, Errol Morris pictured in 1988)

Set against an economic paradigm shift and the anti-union bias of the Reagan presidency, director Barbara Kopple investigates the nationally publicized 1985 strike at a Hormel meatpacking plant in Austin, Minnesota. She contrasts an old company film touting founder Jay Hormel’s enlightened employee-friendly policies with the compulsive bottom-line mentality of modern management and shareholders. The union splits into two in over strategic differences, sometimes ripping apart families in the process. The protracted strike leaves Koppel with plenty of time to portray a beleaguered American working class, with millions hung out to dry as the once-proud industrial sector becomes inexorably replaced with an anemic retail and service sector economy.
(American Dream, 1990) 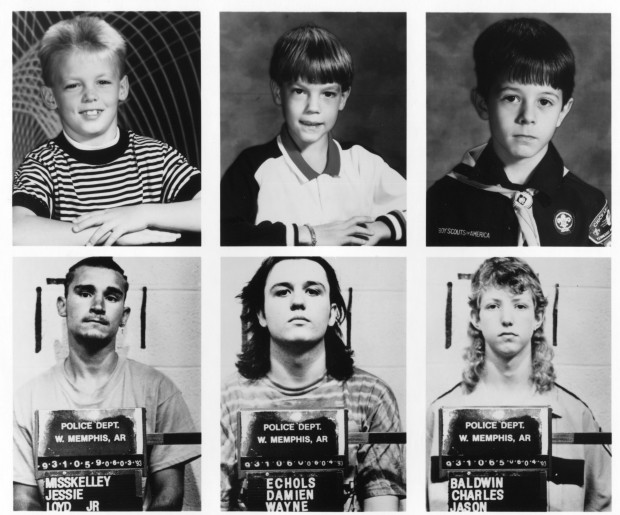 Modern-day America comes off looking more like a spruced-up version of the Dark Ages when three teenagers in Arkansas are arrested for the murder of three young boys and the only “evidence” against them seems to be that they dress in black, listen to heavy metal music, and have a high school-level interest in the black arts. This literal witch hunt forms the basic premise of Joe Berlinger and Bruce Sinofsky’s masterful but distressing documentary. The fate of the accused seems as preordained as that of the Negro defendant in “To Kill a Mockingbird” in an earlier film treatment of the American South.
(Paradise Lost:The Child Murders at Robin Hood Hills,1996)