“God Save the Kinks” read the buttons and the wall graffiti of a long-ago age. Few other bands earned such a loyal and dogged fan base or needed as much saving (if only from themselves) as did the group from North London led by singer-writer Ray Davies and his lead-guitarist brother Dave. Bursting onto the scene in 1964 with their world-beating power chord prototype “You Really Got Me,” the Kinks went on to produce an impressive string of hits in their homeland while morphing from beat-heavy rockers into piquant social commentators. But the group became almost as well known for their intense in-fighting as they were for songs like “Waterloo Sunset” and “Days,” considered among the most beautiful in the pop cannon. During that late Sixties creative peak, the band were all but forgotten in America while they waited out a four-year ban imposed by the American Federation of Musicians after a rancorous1965 tour. Everybody’s in Showbiz was a sort of culmination of their early 70s stateside comeback that started with the #5 hit “Lola” and carried through to this double album. One disc captured their current live act with a Carnegie Hall concert excerpt while the studio half pondered life on the road and negotiated the tricky intersection of celebrity and identity and featured “Celluloid Heroes,” the latest “Kink Klassic” and one of their first explicitly American-themed tunes. 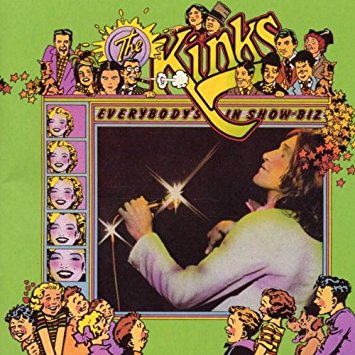 Ray Davies, as the compassionate, ornery and nostalgia-prone leader, had guided the band into adopting a quintessentially English persona, often based on music-hall traditions and a yearning for a pre-industrial age. But as with most British bands, the oversized aura of America’s musical heritage (and vast legions of rock-loving youths) was alluring and inescapable. A couple of years of touring the States was enough to remove the Kinks from the splendid isolation that produced obscure masterworks like Village Green Preservation Society, prompting a new set of lyrical concerns on this album’s studio tracks. Showbiz opens with the restless rocker “Here Comes Yet Another Day” the umpteenth song of that era describing the downside of hectic touring schedules even though Ray can employ his unique descriptive wit to describe just how bad it can get (“no time to comb my hair or even change my underwear”). The theme continues with “Maximum Consumption” wherein the modern musician is likened to a machine-like “high-grade performer” fueled by roadside cuisine—cataloged right down to the anchovies on the pizza and the whipped cream on the pumpkin pie. We’re enlightened to the dubious thrills of “Motorway” living (“never thought I’d travel so far to work”) and go backstage to meet the hangers-on and industry types in “Unreal Reality.” Even Dave, in his sole songwriting contribution here, taps into the same paradox, acknowledging the anonymity sitting just below the surface of stardom in “You Don’t Know My Name.”

The above material, while enjoyable enough, paled in comparison to the group’s recent work and the unfashionable vaudevillian atmosphere (they recently added an old-timey horn section) was just enough to save them from any more mass adulation to contend with. But luckily the studio set also contained a couple of saving graces. The tender depiction of the star qualities of everyday people and the fragile personalities of Hollywood icons in “Celluloid Heroes” was the type of ruminative songwriting that would elevate the group’s status in years to come. At that time, however, RCA didn’t even release it as a single (due in part to its six-minute length) opting instead for the droll utopian escape of “Supersonic Rocket Ship”.

Ray and Dave in action in the early Seventies.

Just as affecting as “Celluloid Heroes,” and more of a revelation for casual fans, is “Sitting in My Hotel.” Like the former song’s view of Hollywood Blvd. as a place where “success walks hand in hand with failure,” here Davies takes stock of the trappings of fame built around the phrase “if my friends could see me now.” They would what? Be green with envy? No, “they would laugh” and say “it’s not really me.” The fancy limo waiting to take the group to the concert is likened to a “chauffeur-driven jam jar” and the posh seventh-floor suite is merely an outpost from which to gaze down at the sensible everyday world and daydream about sunlit June afternoons in the countryside. With its wistful verses and soaring choruses, “Sitting in My Hotel” is one of the more honest and fully realized looks at this age-old subject. It remains especially relevant in an age where even an ignominious turn in the spotlight—being a contestant on a condescending reality TV show, say—has been fetishized beyond all hope.

Given all this ambivalence to fame and life on the road, one might expect a perfunctory live disc but the Kinks come roaring out the gate with a fully-invested performance, notably on the opener “Top of the Pops.” Powered by the double-time drumming of founding member Mick Avory and Dave’s crunching chords and feedback-laced solos, Ray embraces the vicissitudes of impending success with the right mix of ego and bemusement (“I might even end up a rock and roll god/It might turn into a steady job”). Much had been made of the Kinks’ checkered past onstage (especially in John Mendelsohn’s liner notes to the Kink Kronikles compilation, also released in 1972) with the members’ unstable personal chemistry and supposed inebriation being at issue. But here the band is finding its feet (maybe literally) with an act that mixed high-energy rock with snippets of Ray’s innate Cockney theatricality. By this time the band was a must-see item for the counterculture cognoscenti of the Left and Right coasts and the boys didn’t disappoint. The front row of this Carnegie Hall date featured a number of New York’s famous drag queens (Holly Woodlawn and Jayne County among them) that Ray plays up to with fey repartee and snippets of show tunes like “Mr. Wonderful” and “Baby Face.” He gets the whole crowd howling in response to the dramatic re-figuring of “Alcohol,” gloriously milking the woeful gin-soaked tale about the downfall of a middle-class executive as he goes from a life of “prominence and position” to passed out on Skid Row in three easy verses. If the live half of Showbiz has any problem is that it’s top-heavy with several tracks from Muswell Hillbillies, the critically lauded album from the year before. It’s good stuff, but not the smattering of past classics that newbies to the Kinks camp may have hoped for. 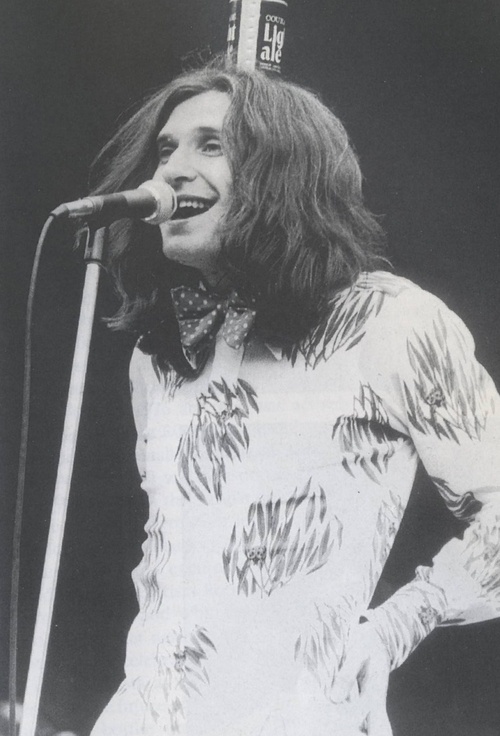 Perhaps unsurprisingly, Everybody’s in Showbiz touched off a much-debated phase of the Kinks’ career marked by a series of full-blown theatrical productions. While the Preservation, Soap Opera and Schoolboys in Disgrace shows are fondly remembered by the hardcore fan base that saw them, it seemed the mixed reception these works received were set to forever relegate the band to cult status. But after signing to Clive Davis’ Arista Records in 1977 and agreeing to a more streamlined approach, the Kinks finally got the arena-sized audiences of their old contemporaries like the Stones and the Who. By that time, many of the lovable quirks of this album were very much part of their concert routine, including rapturous readings of “Celluloid Heroes” and the “Day-O” chants and “Lola” sing-alongs that debuted here. It was “God Save the Kinks” for a whole new generation and a run that lasted until the Davies brothers dissolved the family firm in 1996.