Yes in the early 70s was the very embodiment of progressive rock’s heyday. Taking the stage while the majestic finale of Stravinsky’s “Firebird Suite” poured out through the PA system, they had the whole package: the capes, the dry ice, the keyboard arsenal and, of course, the ten and fifteen minute songs full of second-wave Aquarian mysticism backed by bravura musicianship. They could fill arenas and sell albums by the bushel in Europe, North America and down under, have their praises sung in Rolling Stone (the Fragile album was lauded as “a powerful and moving emotional experience”) and even have a hit single or two like “Roundabout” and “All Good People.” Of course, the backlash would hit soon enough. There were legions of critics who seemed to decide all at once that they would forfeit whatever street cred they possessed if they got caught liking anything without a blues-based framework and hence blackballed most prog rock as sterile or pretentious. A lot of Yes fans remained though and so did the band, adapting to shifts in musical culture and countless line-up changes. Sometime in the 1990s it became safe to go back to being themselves, now as a “legacy act.” Not that that stopped the revolving-door personnel shifts. 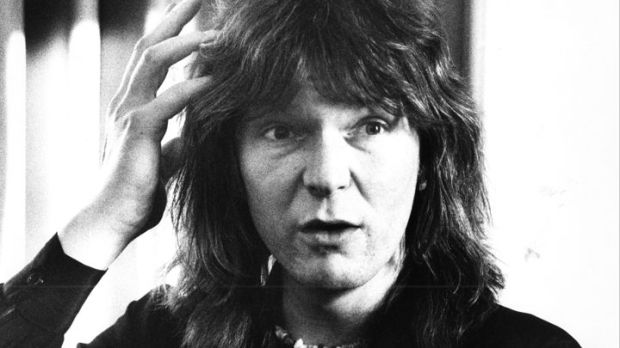 The one constant in the Yes lineup from their debut record in 1969 until his death in June of 2015 was bassist Chris Squire. The London-born Squire also sang back-up and co-wrote a lot of the band’s material. But what he’ll be remembered for is his work on the signature Rickenbacker 4001 four-string, an influential player who was prominent in the band’s instrumental scheme of things. No longer would the bass guitarist have to be relegated to the back of the stage aside the drummer. His style was melodic and fluid but formidable, the Rickenbacker sound was somehow both trebly and thunderous, as he made clever use of his instrument’s two pickups. In the classic heyday configuration, with vocalist Jon Anderson, guitarist Steve Howe, keyboardist Rick Wakeman and either Bill Bruford or Alan White on drums, Squire stood as tall as anyone in a role often viewed as negligible, a central figure in an Olympian instrumental framework.

Chris takes a quick look at the keyboard encampment to make sure he and Rick Wakeman are not wearing the same cape.

But who was Chris Squire anyway? With a few notable exceptions (Peter Gabriel in the original Genesis, for one) progressive rock was not really known for single predominant personalities; they were more like amped-up chamber ensembles. Chris always seemed accommodating and thoughtful in interviews; a writer for the defunct Rock magazine in 1972 jump-started a discussion by telling Squire he had recently heard the single “Grounded” by his earlier band, the paisley-pop combo called the Syn. He was amused and maybe a little abashed, after all his new band was now writing rock songs in sonata form, but came across as the most amiable of the Yes men. There wasn’t exactly a lot of dirty laundry to hang on the line with this crew: for a while there Wakeman was the only imbibing and meat-eating member and Jon Anderson was well known for writing epic verse about missing his wife while on tour—check out side four of Tales from Topographic Oceans if you need a reference on that.

It was really was all about the music and for Chris this included his solo showcase “The Fish,” which was also the nickname of this Pisces. When it first appeared on Fragile (where each member took a brief solo turn) this piece was an instrumental add-on to “Long-Distance Runaround” and demurely bowed out after 150 seconds. But on the triple live album Yessongs it becomes a volcanic ten-minute powerhouse jam, the other four members popping in and out with accompaniment while Chris, fingers flying over the fretboard and egged on by the decibel-crazed punters at London’s Rainbow Theatre, builds it up to a roof-raising conclusion. They don’t make ‘em like this no more no how.

Squire’s 1975 solo album Fish out of Water came during a brief band hiatus after the release of the Relayer album, where Swiss keyboardist Patrick Moraz had temporarily replaced Wakeman after a falling out over the envelope-pushing Topographic Oceans. Squire assembled a neat little studio group of Moraz, Bruford, ex-King Crimson man Mel Collins on sax and Caravan’s Jimmy Hastings on flute. An orchestra was part of the picture but used sparingly and along with his foregrounded bass, Squire sprinkled in some lead guitar. It’s a glossy and attractive piece of work that dispenses with the clattering tendencies of his regular band and dials down the pseudo-philosophizing while retaining the same general presentation. Squire began his musical days in a school choir and has a similar (if slightly lower) voice to Jon Anderson’s, so the vocal element (often a drawback in the solo work of non-frontmen) is fine. The first two songs, “Hold Out Your Hand” and “You By My Side” have romantic lyrics and sprightly, almost danceable rhythms, and seem to point the way to Yes’ more radio-friendly turn in the early 80s, when they had their sole #1 hit with ”Owner of a Lonely Heart.”

But all that could wait. This is still the mid-70s, bro, and when you staked your claim you did it in songs that went double digit in minutes. There are two here: the questing “Silently Falling” which clocks in at 11:26 and features a long, brooding and elegant outro and the 15-minute closer “Safe (Canon Song)” which has delightful hints of Gershwin in its orchestration and whose bass-driven arrangement ends in stately fashion. Though well-loved by Yes fans, this album lived up to its title as Squire quickly dove back into the Yes stream, a rock-solid band guy to the last. He would only have one more official solo release, a 2007 Christmas album. When I saw Yes two summers back it was on one of their last American swings with the one guy left to stretch back all the way to the starting line: in this umpteenth line-up you had Squire, Steve Howe and Alan White but the estranged Jon Anderson was replaced by a young singer (Jon Davison) and the keyboards were handled by ex-Buggle Geoff Downes, who had had a cup of coffee with Yes in 1979. No matter: even with progressive rock forever remaining the ill-regarded stepchild in critical circles (which has helped keep this greatly successful group out of the Rock and Roll Hall of Fame) it was no issue to the enthusiastic and generationally-mixed crowd in the outdoor venue. This included many twenty-somethings who were bouncing in the aisles during the exalted finale of “Starship Trooper,” with Squire holding down the center one more time before being called to “shine your wings forward to the sun.”