The lasting mystique of the late proto-heavy lead guitarist Paul Kossoff can be at least anecdotally explained by something I witnessed many years back. I was waiting for a train on the Green Line platform of Boston’s Government Center subway station. As a D Line trolley groaned its way around a tight curve into the station, I noticed a young guy with a guitar case and another in a jean jacket a few feet away. The three of us boarded by the same door without much room to move further in.

Then it starts. Jean Jacket asks the first guy what kind of guitar he has. A Gibson SG. “That’s the model that Pete Townshend played at Woodstock,” Jean Jacket says, a bit too loudly. JJ turns out to be one of those music fans with a nerd streak a mile wide: long on enthusiasm and short on reading social cues. For three stops and several long minutes, he regaled the polite guitar guy (and by extension, everyone else) with a variety of cross-cutting and volume-intensive opinions on a whole range of classic-rock guitar greats.

Sometimes these opinions canceled each other out (“Obviously, Eric Clapton is THE MAN, but Jeff Beck is the BEST guitarist the Yardbirds ever had”). He also engaged in a futile self-debate on the relative merits of Ritchie Blackmore vs. Jimmy Page and gushed about Ozzie Osbourne’s doomed axeman, Randy Rhoads.

Me and the rest of the passengers bonded in a group cringe. Finally, as the train whined its way into Arlington Street station where he would mercifully disembark, Jean Jacket says, “But my all-time favorite guitarist is—and I shouldn’t say this too loudly…”

An older man behind me piped up. “That hasn’t stopped you so far!” Jean Jacket, slightly abashed, looked around as if just noticing there were other people around. But it didn’t stop him from providing the answer: Tommy Bolin.

Pysche!! You thought he was going to say Paul Kossoff, am I right? Not to worry. The lead guitarist of Free was one of the names glowingly (if artlessly) mentioned. Looking back, JJ had summoned up a previously unrecognized “25 Club” of martyred hard rock guitarists as Kossoff, Rhoads and Bolin (who had played in the James Gang and Deep Purple) all died at that age. But it’s Kossoff who stands out both for his skill and his tragic story arc. 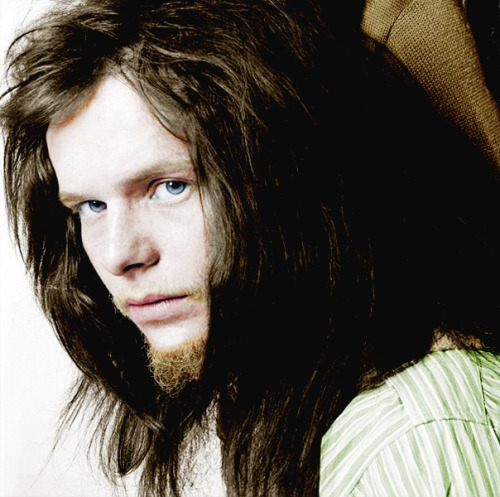 Paul was born in 1950 in the Hampstead district of London, son of screen actor David Kossoff. His music-loving son caught the blues bug like many others back then and was something of a prodigy: at age 15 he helped start a band (Black Cat Bones) that would eventually be opening for Fleetwood Mac. But it was his second band, formed with BCB drummer Simon Kirke that really took off at made him a star by age 20. Together with singer Paul Rodgers and bassist Andy Fraser, the group Free was in the vanguard of the “heavy rock” sound, though they were lighter on their feet than most in the genre. The rhythm section was supple, making the bed for Rodgers’ distinctively gruff and masculine vocals. And almost every song would feature a notable guitar lead from Kossoff, not necessarily showy but full of dramatic sustain and bent notes that never failed to grab the listener’s attention. His style was very influential even among his older contemporaries and Clapton himself petitioned Paul to show him his vibrato technique.

When Free hit their stride on their third LP (Fire and Water) they were poised for the big time. They had a huge transatlantic hit (“All Right Now”) and in the UK were rapturously received by crowds at their dynamic live performances, including a slot at the 1970 Isle of Wight in front of 600,000. But as with so many groups, relations between group members were fraught, sometimes remarkably so. This was especially so between Rodgers and Fraser, who started out as writing partners and quickly progressed to bitter adversaries. Fraser boldly assumed most of the band decision making and it caused deep resentment with both Rodgers and Kossoff, the guitarist saying “in the studio I felt like a sound or a technique to be used—the guitar man rather than myself.” Moreover, Kossoff was one of those prototypical show-biz types who had large reserves of both talent and insecurity, exacerbated in an age when hard drugs were plentiful and there was little stigma attached to its use. Paul’s addiction problems soon became intractable. Free broke up in 1971, but Kossoff was sent into such a downward emotional spiral that the group reformed for his sake but could not regain their momentum and Kossoff’s dependence on heroin and Mandrax continued apace.

Kossoff and Paul Rodgers, back when they were Free.

Of course, Paul Rodgers and Simon Kirke would go on to form Bad Company. Kossoff did some session work for Jim Capaldi and others and issued his first solo album, Back Street Crawler, in 1973. Despite the health problems brought on by his drug dependency, this is a remarkably vital album in many ways and shows what could have been a great way forward for him. The opener “Tuesday Morning” starts out with a fairly standard blooze-rock riff and you sort of prepare for a gruff male vocal to kick in. But this is in fact a 17-minute extemporaneous instrumental and a surprisingly deft one at that. Backed by Yes drummer Alan White, bassist Trevor Burton, and keyboardist John “Rabbit” Bundrick, the jam runs through several intriguing sections, early on developing as a Allman Brothers-style up-tempo vamp where the leader dishes out stinging guitar runs over a jazzy rhythm. At about the 5:30 mark it downshifts and a ruminative guitar figure laps with Rabbit’s circular piano fills. Soon the quartet is back on the high rockin’ plateau until at about 13:40 there is a dissolve into churchy organ and a slow beat that is a soft cushio for some lyrical Kossoff leads and an almost prog rock feel, the same goes for the drifting coda.

For those who still have attention spans, this is heady stuff. And maybe a promising career direction. As soulful and expressive a vocalist as Paul Rodgers was, there was already an established lyrical conceit among such bands that was all about proprietary males and “devil’s daughter” stereotypical women. Kossoff was communicating much more on his Les Paul and this carried thru onto side two with a great instrumental guitar duet with John Martyn called “Time Away.” When the original Free line-up appeared for one song, Rodgers sang the Kossoff-penned “Molten Gold,” foreshadowing some of Bad Company’s more sensitized material like “Seagull” and “Silver, Blue and Gold.” 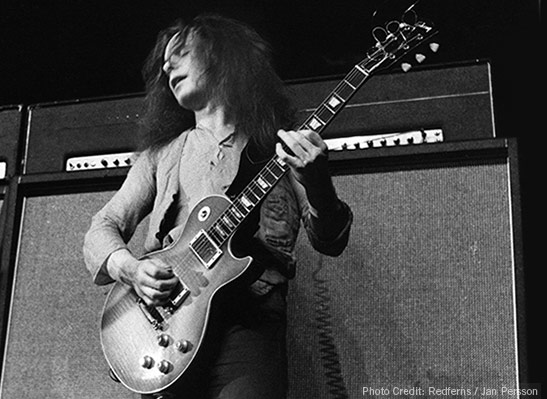 Man, Guitar, Amp. If only it were that easy.

But while B.C. soared to superstardom, Kossoff languished and remained in poor physical and mental shape. Back Street Crawler became a band name and he would record two albums with them, the second one in 1976. That would be the same year where, on March 19, Paul Kossoff died of the dreaded drug-induced heart failure while on a flight from L.A. to New York. Soon after, his father David started a foundation in his son’s named to educate children about the dangers of drug addiction and he even developed a one-man stage show about Paul’s death and the effect it had on his loved ones. Today, in appreciation of his talents and that certain lingering sadness for a person who helped fill your life with great music then died young, Kossoff’s name and music lives on in the Internet age. In fact, you don’t have to scroll too far down below one of his posted songs before someone will invariably say “best guitarist ever.” Agree or disagree, but it’s better than having it declared to you on a crowded subway car from a kid whose voice is cranked up to 11.